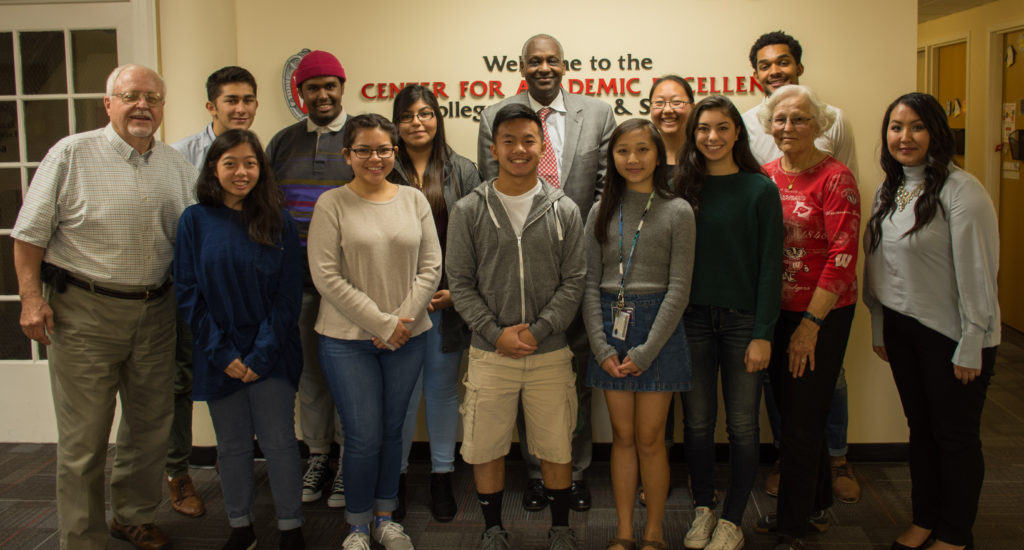 The Shinners Family Fund was generously established by George and Jane Shinners. George received a BS in Psychology in 1961 and an MS in Industrial Relations in 1964 and Jane earned a BS in Education in 1964. The award is given out annually to Wisconsin resident CAE students and is renewable up to four years at $2000 each academic year. George and Jane Shinners have a long legacy of supporting ground-breaking student focused programs in the College of Letters & Science and the Center for Academic Excellence (CAE). This fund demonstrates their leadership and commitment in supporting talented Wisconsin first-generation and underrepresented students. The award has a preference for students who attend the Summer Collegiate Experience (SCE) program. Over fifty students have benefited from Shinners Family Scholarship Fund since 1998.

The Shinners Freshmen Scholarship Fund was established by the Shinners Family, as a part of the All Ways Forward campaign in 2019, to recruit students to UW-Madison who participate in CAE. This scholarship supports four-year awards for incoming freshmen Wisconsin residents with financial need of up to $7,000 per year. This fund is managed and awarded in collaboration with UW Admissions, CAE, and the Office of Student Financial Aid. Candidate admission applications and financial aid materials are reviewed for scholarship consideration.

The Conte First Generation Fund for Educational Equity was generously created by JP Conte to support first-generation students and students from underrepresented populations who traditionally have had less access to higher education. It is the donor’s preference to support Wisconsin residents and students with financial need. Awarded students receive up to $7,000, per year, for four years.  This fund also supports strategic programming initiatives for the Center for Academic Excellence including STEM immersion activities. Candidate admission applications and financial aid materials are reviewed for scholarship consideration.

The Scott Valianos Scholarship Fund was lovingly established by Greg and Marcie Sinaiko. This fund provides up to $8,500 per year to one or two non-resident incoming first-year students with financial need, who are accepted into the CAE Program. Selected recipients are offered awards upon admission to the program. Candidate admission applications and financial aid materials are reviewed for scholarship consideration.

Born and raised in Southern California, Scott Valianos was a perfect representation of the lifestyle associated with this part of the country: being outside, surfing, spending time with family and friends and travelling the world looking in the pursuit of great experiences. Scott graduated from the University of California- Santa Barbara with a BS in Economics and Sociology. Scott’s connection to University of Wisconsin-Madison is through his daughter, Shayna Valianos, who earned a degree majoring in Dance and Communication Arts. Scott was a big advocate of diversity, inclusion and an overriding belief in “one love.” On behalf of Shayna, and in the memory of Scott, congratulations are extended to recipients and their families on this great achievement.