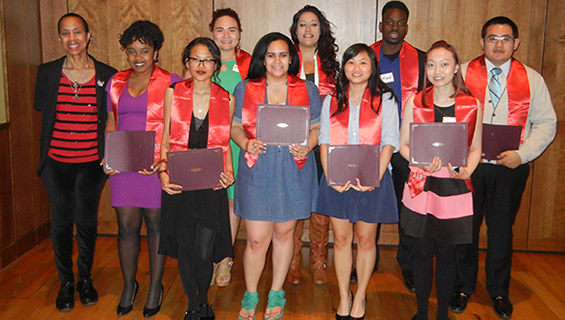 The rich history of the Center for Academic Excellence started in 1966 with the start of the Five-Year Program. In 1979 the Five Year Program was renamed the Academic Advancement Program. From its beginning the Five Year Program and AAP believed in the idea of extending equal educational opportunity to underrepresented, minority students seeking a college education at UW-Madison. This idea then became the backbone of AAP and was later adopted by CAE. The Center continues the proud history of the Five-Year Program and AAP by providing quality academic and social support to historically underrepresented students. The staff continues to explore new ways to improve those services, recognizing that program goals and student dreams can be reached through education. The young people of the Five-Year Program, AAP, and CAE have enthusiastically joined in the student community. The presence of AAP, the Five-Year Program, AAP, and CAE on campus with their influence on diversity, has greatly enriched the life and spirit of the University community.